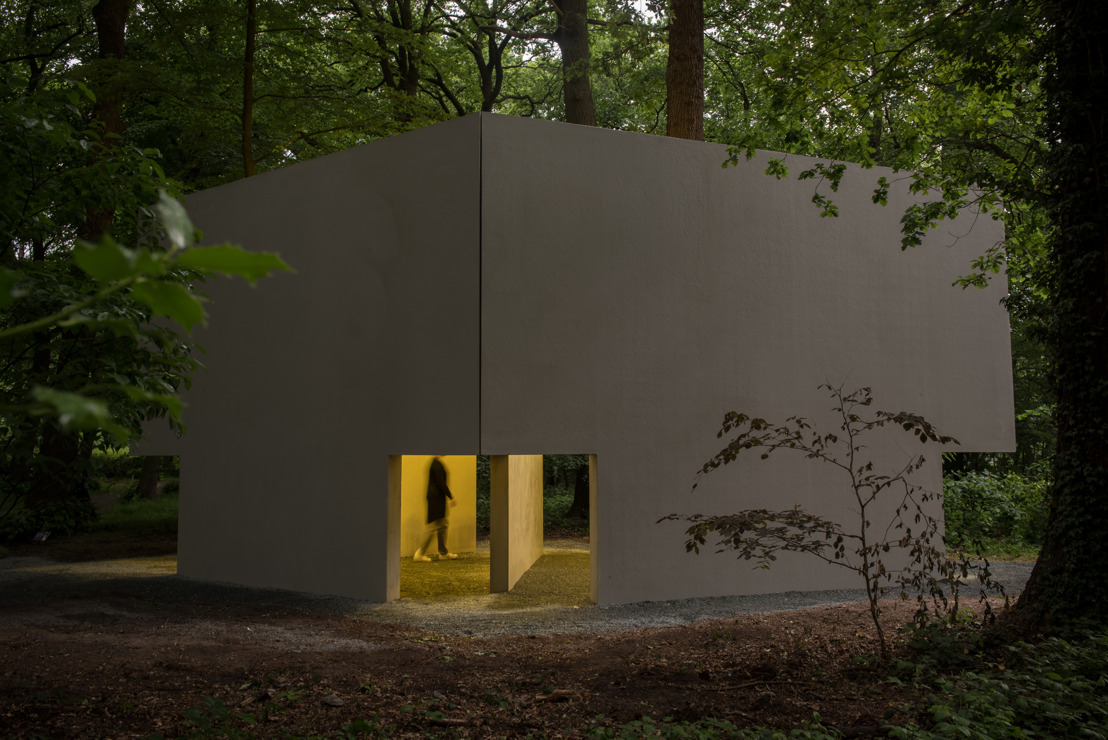 "Bruce Nauman is an artist who is well-known as one of the godfathers of western contemporary art. It is almost impossible to overestimate his influence on artists of the following generations worldwide. Thanks to the sustained patience, the intensive collaboration with private partners and the resolve of all concerned, we are extremely proud that today we can say that this work – a unique creation from a contemporary classic – forms a part of the collection. This way, the collection continues to be relevant for the visitor of today and for the coming generations." (Caroline Bastiaens, Alderwoman for Culture)

Bruce Nauman (°1941, US) has been pioneering in the field of electronic media, installations, video art, sculpture and neon works since the 1960s. Being human is central to Nauman's work, which he examines in a rigorous and systematic way. He does this with special attention to the relationship of the human body with its environment, as well as organisation and control of (social) behaviour.

The work was created in the 1980s for an exhibition in the public space. In 1990, it disappeared from there and the work was no longer exhibited. The artist is reinstalling the work for the Middelheim collection, this time for good.

"The bright yellow light can dazzle you just as you enter. Colour and form are confusing. You don't want to stay in this room for very long." (Bruce Nauman)

Nauman describes the space as inhospitable. But he places the work in such a striking location so that you are spurred to enter the work. A conflicting situation awaits you: the effort you must make to enter the work is 'rewarded' with a disorienting experience. On the other hand, perhaps someone did the same. Yet real contact seems impossible. The environment is tightly controlled by the artist. He asks for our cooperation, but then allows precious little input from the visitor. The work seems like a trap, an Experience Trap. In this way, he confronts us with our hopes and expectations, and with the influence that we think we have or should have.

Nauman and the Middelheim collection: experimental

Nauman's work is represented in all important contemporary art museums, but his outdoor work is, especially for European public collections, extremely rare.

The relationship of the human body to its environment, and the control of (social) behaviour are themes that are addressed in many of his works, and Diamond Shaped Room with Yellow Light is directly related to other important works from the oeuvre (corridor pieces etc.). But rarely can the viewer enter the work itself, and he/she is so intensely and experimentally immersed in the intentions and fascinations of the artist, as is the case here.

The acquisition enables the museum to position itself more sharply: other museums purchased small sculptures, video art and works on paper, but no large-scale outdoor sculptures. This represents the Middelheim Museum's complementarity with respect to the large European collections.

The work represents the roots of other important works in the museum collection (Pedro Cabrita Reis, Per Kirkeby, Atelier van Lieshout, Andrea Zittel etc.): the ‘intermediate step’ between sculpture and architecture, and works in which more interaction with the public is sought. It is the precursor of today's ubiquitous participatory artistic practices. Nauman's work seeks to engage the viewer, without presenting a situation free of any obligations.

Even today, Nauman remains one of the most influential American artists. Although as a ‘white male artist’ he is sometimes presented as an example of one-sided collection policy in art museums, the work remains particularly relevant. His provocative approach is an eye-opener even today. Nauman's wry humour and fascination with obsessive behaviour and frustration capture our zeitgeist of social media excesses, experience economy, positioning and framing excellently. They act as an indictment against naivety and force introspection. Nauman is not interested in offering comfort, but the contrary.

His work has been awarded numerous prizes and tributes, including an honorary doctorate from the San Francisco Art Institute in 1989, the Max Beckmann Prize in 1990, the Wolf Prize in Arts-Sculpture in 1993, the Wexner Prize in 1994, and the Golden Lion for Best Artist at the Venice Biennale in 2009.

In 2018, MOMA NY and the Schaulager in Basel are organising solo exhibitions with his work. In 2020, the Tate Modern will also have a large overview exhibition.

The rare opportunity of giving the work a permanent place in the museum collection was a consequence of the offer by the City of Antwerp, the Middelheim Promotors vzw and three project partners (Ackermans & van Haaren NV, Mathieu Gijbels NV, which took responsibility for building the work, and L.I.F.E. NV) to join forces.

For 50 years, the City of Antwerp has worked closely with the Middelheim Promotors, the friends’ association of the museum. This consists of a large number of members, and a group of structural sponsors. Both partners share the objective of facilitating the growth of the Middelheim Museum collection and presenting and collecting a diversity of sculpture, as it develops in the international arena, for the generations to come. This usually concerns new works that are specially created for the museum.  Existing works are rarely acquired, and only if they reinforce the museum's collection profile in an exceptional way.

The purchase of Bruce Nauman’s Diamond Shaped Room with Yellow Light eventually became a partnership between the following partners: